A richly filled programme to honour our liberators

By George DeswijzenSeptember 25, 2019 No Comments

How we enjoyed it! We look back on a fantastic Liberation Weekend. Celebration, emotion, stillness, spectacle: it all happened. In small as well as large activities. The Liberation Concert attracted an overwhelming number of visitors. The Freedom March and the Monologue for Freedom also involved the younger generation in 75 years of Liberation. And the performance ‘Getekend Verleden’ brought a special tribute to the soldiers who are buried and remembered in Margraten. It was wonderful to see so many people celebrating freedom. Now we are going to enjoy the memory of it. And we will of course continue celebrating, because in the rest of Limburg the party has yet to begin! 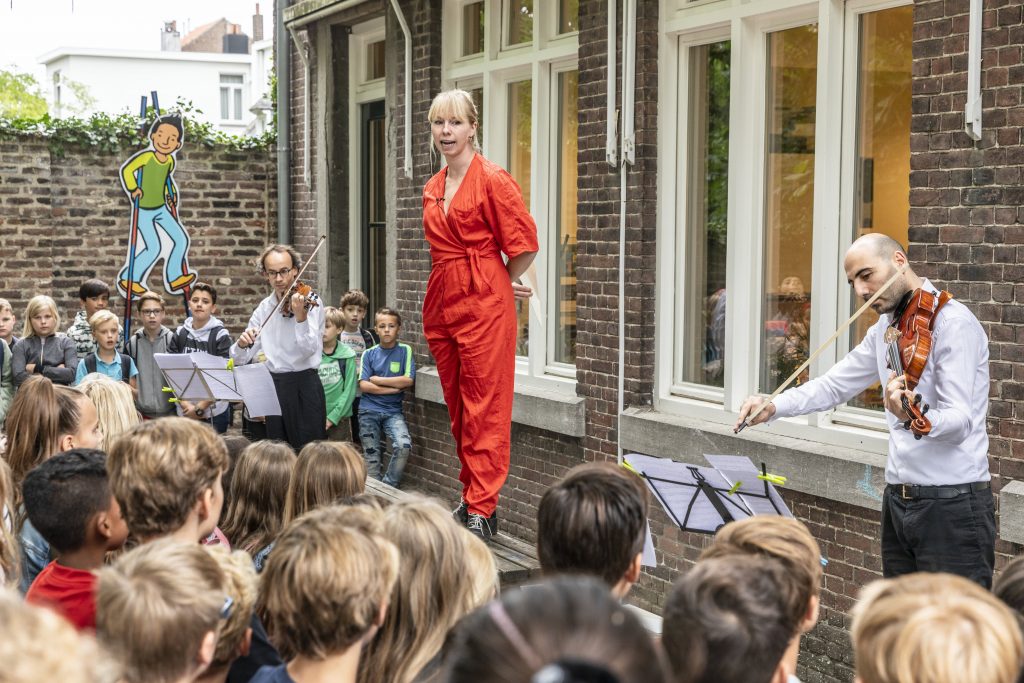 Monologue for Freedom
During this special anniversary year, we have made extra effort to involve young people in the ‘Liberation’ theme. The (winning) Monologue for Freedom was performed at eight primary and secondary schools and guest lessons were given. The monologue was written by Sophie Vleugels and based on the story of her adoptive soldier, 20-year-old Robert John Morrison from Youngstown, Ohio. 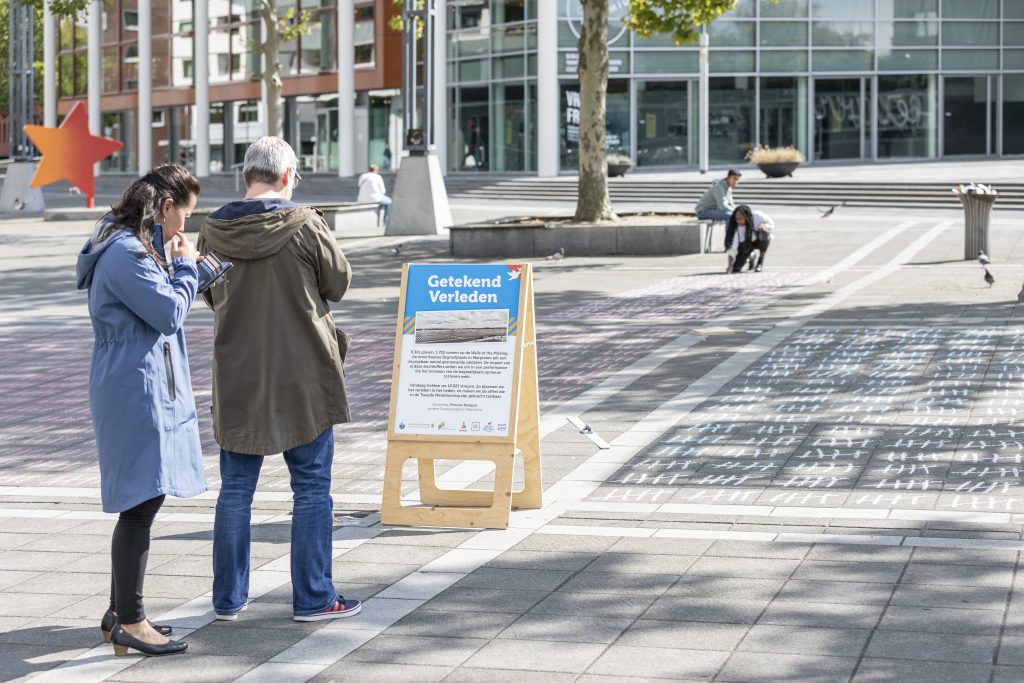 Getekend Verleden
Subsequently, on 12 September, 10,023 lines were drawn at Plein 1992 in Maastricht. One for each of the men and women buried at the American Cemetery, or whose name is mentioned on the Walls of the Missing. With this performance we brought the birth of the cemetery back to life. The performance was by Princess Bangura, student at the Maastricht Theater Academy. 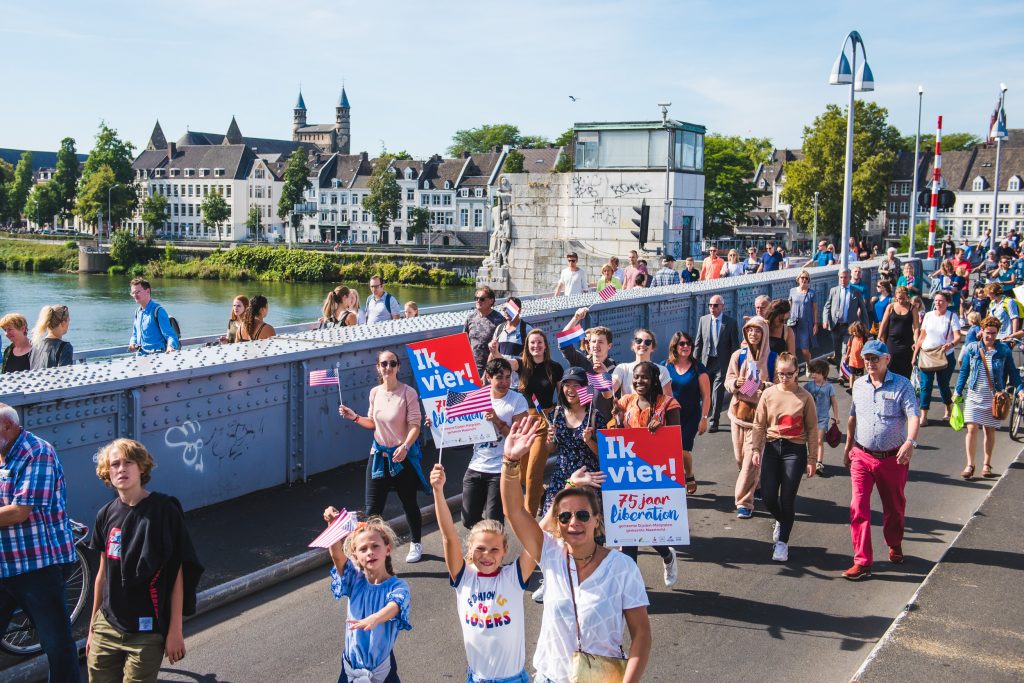 Freedom March
The final part of the tribute started on Sunday 15 September with a Freedom March in Maastricht involving pupils and students from Montessori City Center, Scharn Primary School and the United World College, mayor Akkermans, directors of the Margraten Tribute Foundation and various other interested parties. The procession was headed by the Maastricht Scouting Band. On various locations, performances celebrated 75 years of Liberation. 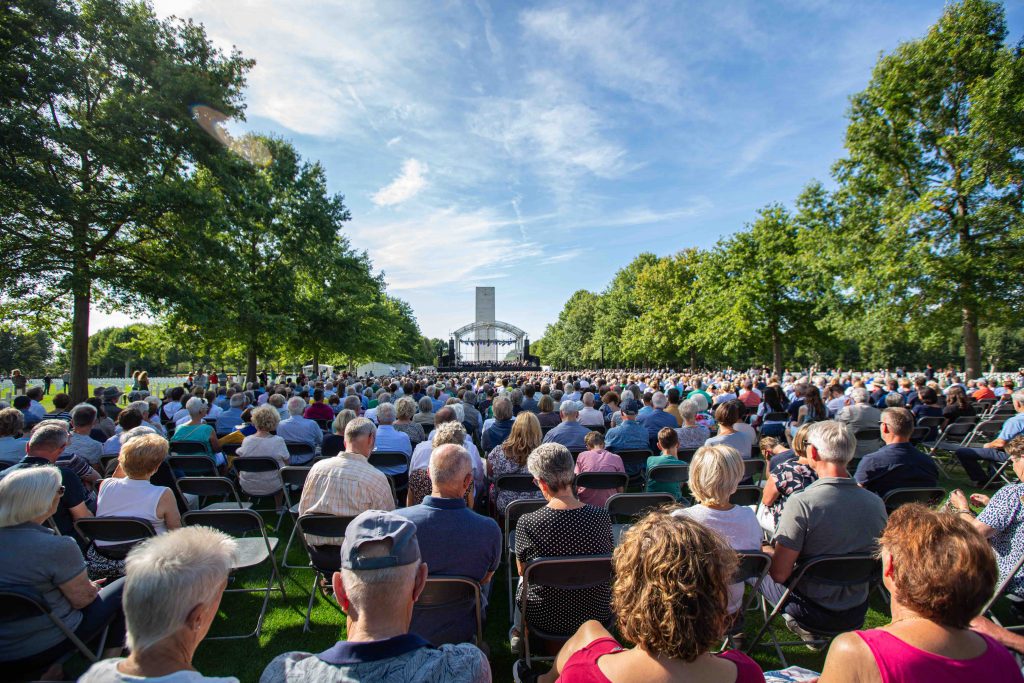 Liberation Concert
At the American Cemetery the students, together with the Maastricht Athletics Association, lit the freedom fire and Sophie Vleugels performed her monologue. Subsequently, the highest-attended Liberation Concert ever took place, with no fewer than 6,400 visitors. South Netherlands Philharmonic performed Mahler’s Second Symphony this year, with Brabant Choir and Studium Chorale. A masterpiece in music literature, about resurrection, hope and eternal life.

We wish you a fantastic liberation year and look forward to seeing you again next year!